The Story of the Domesday Project

In 1986, 900 years after William the Conqueror’s original Domesday Book, the BBC published the Domesday Project. The project was probably the most ambitious attempt ever to capture the essence of life in the United Kingdom. Over a million people contributed to this digital snapshot of the country.  People were asked to record what they thought would be of interest in another 1000 years.

The whole of the UK – including the Channel Islands and Isle of Man – was divided into 23,000 4x3km areas called Domesday Squares or “D-Blocks”.  Schools and community groups surveyed over 108,000 square km of the UK and submitted more than 147,819 pages of text articles and 23,225 amateur photos, cataloguing what it was like to live, work and play in their community.

This was about documenting everyday life - the ordinary rather than the extraordinary. The project used the cutting edge technology of the day, and the data was eventually presented on a special type of Laser-Disc, read by a BBC master computer and navigated using an innovative tracker-ball pointing system. But the technology didn’t catch on and the computers became very expensive for schools and libraries to buy. Very few people ever got to see the fruits of all of their hard work.

As time went on there were fears that the discs would become unreadable, as computers capable of reading the format had become rare and drives capable of accessing the discs even rarer.  Now  in our age of the world wide web, digital photography, email and social networking, its time to have a look at those entries again, to bring the project up to date, and perhaps to lay down another layer of local history.

In 2011 the BBC published the survey online and for six months invited updates to the photographs and text to celebrate the 25th anniversary.  Shortly afterwards the website was added to The National Archives’ UK Government Web Archive.  If you are reading the UK Government Web Archive, then the original Domesday search function and contact form will not work. This is a consequence of the archiving process. 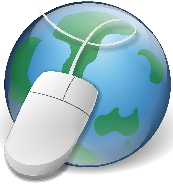