Formed in 1975 Dedham Footpath Group exists primarily as a means by which lovers of the Dedham Vale and the surrounding countryside can be given an opportunity to enjoy rambles through friendly association with like-minded people. Dedham alone boasts over forty separate footpaths all of which have something to recommend them. The more popular both with local people and visitors usually include sections along the River Stour towards Flatford Mill in one direction or Stratford St Mary in the other. There are many more much less popular but still worthy of exploring however and these are often included in routes worked out by members who elect to lead.

Most walks are circular starting and finishing at a point where cars can be parked and often include a pub or tea rooms often at the end of the ramble. Approximately half are within the Dedham Parish although some do require a drive of up to fifteen miles. A typical outing would be of four to six miles and last about two hours. The emphasis is more on friendly chat and noting things of interest rather than serious striding out. Dogs on leads are mostly welcome except where the leader has requested otherwise.

The programme of walks is fixed for each half year usually in December and June with the  AGM of the Group to follow one of the mid summer evening walks.  Walk leaders are crucial to the success of the Group as without them it would not be possible to produce a programme.  In 2017 a change has been introduced with a walk taking place on the first Sunday of each month throughout the year with some additional outings on summer evenings. It is hoped that this will encourage a better attendance from members and friends.

The annual subscription is £7 per person. Members are covered for third party insurance on organised walks.   The person agreeing to lead can decide the distance, time and starting point in line with the date which will be already known and they will need to give those details a few weeks before the half year programme is set thus enabling it to be printed  and posted to all those on the address list.

We walk 4-5 miles on the first Sunday morning of each month starting at 10:30am.  Dedham Footpath Group welcomes all walkers and those with well behaved dogs, kept on leads at all times, are welcome to join us. 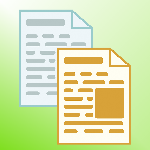 As most events have been cancelled because of the Coronavirus outbreak, the Events page has been disabled and the Calendar removed from the sidebar..