With finances in a healthy position, the Council have developed a vision for improvements to the centre area of the village, for the benefit of residents and our visitors. The three elements are the Drift lighting, the Drift resurfacing maintenance and Royal Square refurbishment.

The following provides detailed information on those three elements and includes financial detail now that the contract has been signed. The information provided here has been publicly available and reported previously but in the interest of ease of access this has been brought together in the one area.

Lighting has always been an issue that divides residents into diverse camps, both  believing that their opinion is the correct one. However the safety concerns of residents  has meant that it would be remiss of the Council not to tackle this thorny issue.

Over the last 5 years Dedham Parish Council (DPC) has been developing a solution to  address residents concerns for lighting within the village. It is a subject that invokes  passionate views of “love it” or “hate it”. The Council recognises this and has been  extremely focused on delivering a solution that is appropriate for the village and its  environmental setting.

There is of course a need to ensure that Dedham keeps its character and any works should have due regard for the AONB and conservation area status.

This does not mean that the village and its facilities should be frozen in time as society  changes, particularly regarding residents concerns over safety and security. Whilst several  propositions for extra lighting in the village were set aside by the Council, the strength of  residents concerns over their personal safety whilst crossing the Drift could not be ignored.

We are all sadly aware of the issues and concerns regarding personal safety on the  streets, highlighted by the recent death of Sarah Everard. This was followed by the  commitment from government and other public bodies to provide additional street lighting.

It is on the basis of residents safety and security concerns, raised at many DPC public  meetings and by petition, that we held a consultation event to explain our thoughts and  asked residents for feedback. This again showed support for lighting across the Drift by  residents.

The Council is an elected statutory body with the powers to address local issues of which  this is one. The land in question is owned by the Council. The planned works are within the  powers of the Council to carry out with appropriate permissions. It was in June 2019 that  the Council agreed to progress this project at an estimated cost of £10K.The Council  lighting group then turned its attention to defining the correct solution.

The Dedham Vale Society, is firmly in the “hate it” camp and has on many occasions  challenged the Council on its decision to proceed with the project. This has involved the  Council in considerable extra cost and time in delivering the project.

The objective of the Council has been to ensure that all the formal requirements needed  for the planned works have been met.

To this end the Council has:

We reported last year that we had passed a resolution to install Drift lighting, so this year  has been about defining the right solution for the village, that solution was agreed at the  February 2021 Council meeting. Please rest assured that considerable work has gone into  the solution in order to align with the Dedham Vale Society on dark skies, balanced against  the safety of residents. We have 9 bollards that operate with a triple interlock, they focus  light only on to the Drift surface. They only light up when a resident is walking the path, in  the dark and with certain hours - they are not permanently on and do not affect wildlife -  minimal lighting, maximum benefit to residents safety and security concerns.

This element had full Council approval and planned budget prior to the tender process.  Contractors were fully aware that this element would proceed. The contractors were  selected on the basis of experience, recommendation and delivering to local authorities. It  is unfortunate that the contractor that our estimate was based upon declined the invitation  to tender.

Please be aware that at the time of going to tender the arboriculturist’s plan was for the  ducting of the wiring to run in the foundation layer of the Drift. At formal approval the view  of the tree officer was different. The resulting increase in cost was £5872.46 due to  trenching within the football pitch being specified.

The Drift is in need of resurfacing and we will also be carrying out work to improve the  current issues with the pooling of water along its length. This phase will run from the sports  pavilion to the Duchy Barn and is planned to coincide with the lighting installation. It should  be noted that the tender took the resurfacing to to public toilet, the Council extended this to  include the Barn.

This element was included in the tender process to gain an understanding of the costs.  Unlike the lighting, the resurfacing had not been agreed by Council, nor had any budget  been put aside, however it was accounted for in our reserves. Whilst the expectation for  lighting was £10K gained from previous quotes, the Council did not have an estimate or  view of costs at this stage. Contractors were informed of this and were aware that this  element may not happen.

There were many options to choose from, the final cost included additional options and an  extension to the length of the resurfacing.

That leaves us with Royal Square. We have previously, twice in the last nine years, tried to  resurface this with gravel and it does not last. As part of the overall architects plans for the  planned works we also asked for thoughts on Royal Square. We have initial drawings of a  couple of options for its layout and finish, we have included the war memorial as part of the  overall plan. It is of course up to the next parish council to take this through to completion if  they consider it appropriate and modify the plans if required. The final part of the Drift  resurfacing will also need to be completed between Royal Square and the Barn.

We are minded that this project would be appropriate in the year of the Queens platinum  jubilee.

Three contractors tendered, one declined, leaving the Council with three responses to  analyse. Whilst there was no commitment from the Council to complete the Drift  resurfacing at this time, it was recognised that there were opportunity costs and benefits to  doing so, namely:

The council have entered into a re-measurable contract based on a priced bill of quantities  with anticipated costs in the following areas of work as follows: 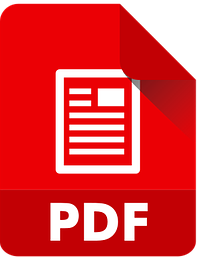